Message from the founder of the museum

Since childhood, as I greet and then finish each day, I have been concerned that the time I spent be meaningful. I know intuitively that I must justify my presence on the Earth by doing something that is not casual, something important not just to me and not just for today. As a result, the idea of joining nature with human intelligence expressed in pieces of art was born. Thus the first eternal signs – sculptures – have appeared within a single tiny piece of land, where not so long ago stood a neglected forest and bog.

Meaning was given to the idea of the geographic center of Europe by the universal language of art. People have discovered a new space for their imagination to flourish and search for answers.

I create objects, which are called landscape sculptures. They only belong to a particular space. They do not speak too much; I cleanse them of unnecessary coatings and idle words. Those things and phenomena, which look simple at first sight yet reflect an essence, are meaningful to me. 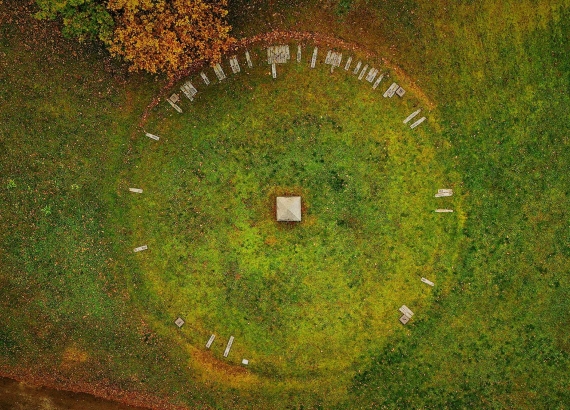