Elena Urbaitis, a painter and sculptor who was born in Lithuania, spent 1945–1949 living in Germany, took up residence in Paris in 1950, and later moved to the US. She is one of the few expat painters who became sucked in the whirlpool of late modernism and postmodernism of the West, or rather New York – the mecca of art of the second half of the 20th century.

Elena Urbaitis has employed various techniques and materials, has created sculptures from metal and wood. Her work sort of reflects an effort to delineate the abstract shape of a space regardless of what that space may be.

The monumental stainless steel composition Flight of Space was created in 1992. Put on display near the Press Palace in Vilnius, the  Space Flight was later transferred to the Europos Parkas museum. 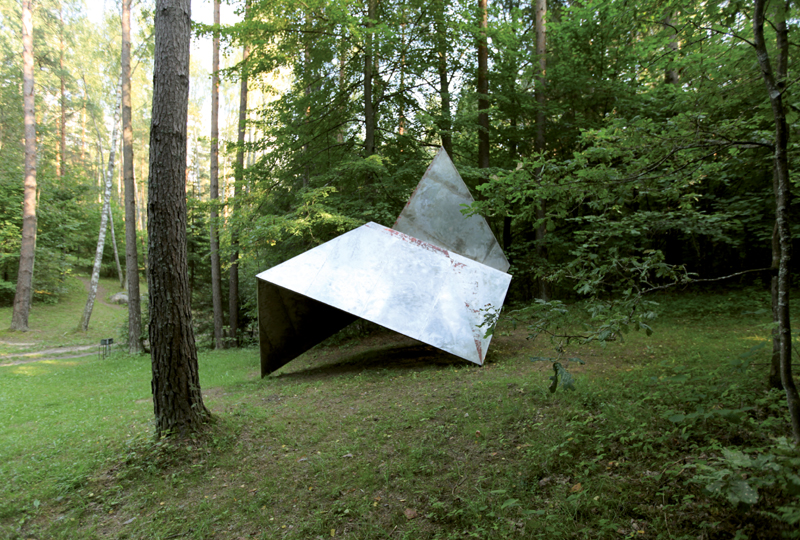